The Pioneers Festival opens the doors of Vienna’s Hofburg Imperial Palace for startups. Just like last year, we traveled to Vienna to and are reporting from the former Habsburg residence.

Every startup conference needs a unique selling point. The Viennese Palace has the same meaning for the Pioneers Conference as Oktoberfest Tuesday does for Bits & Pretzels. Startups, investors and journalists come together to exchange ideas in the glamorous residence of the Habsburg emperors.

The conference is considered the flagship event of the startup scene in the Austrian capital and has established a proper reputation for itself since first being held in 2009. Only recently, the Linz-based business angel group Startup300 acquired the Pioneers event organizer JFDI for a reported “mid-range seven-figure sum of euros.” 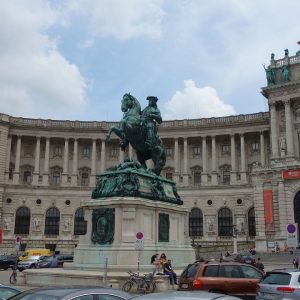 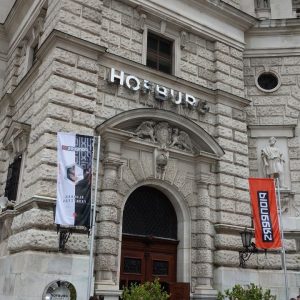 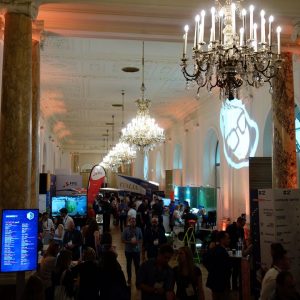 Approximately 2,500 participants can be found milling about on red carpets and under grand chandeliers. To avoid excluding the core target group with high ticket prices, Pioneers invited a total of 500 selected startups to the conference and gave each two tickets free of charge. The campaign has a noticeably positive effect on the conference and makes for a large percentage of startups in the crowd. From those 500 startups, the hosts selected 50 exceptionally promising new companies, which will have the opportunity to pitch for the “Pioneer of the Year” prize at the festival. The top 50 startups include Smokeless and Sono Motors from Munich. The winner of the pitch competition will receive a financed networking trip to Silicon Valley as well as a trip to Bangkok to take part in the Techsauce Global Summit. 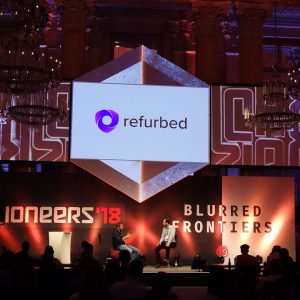 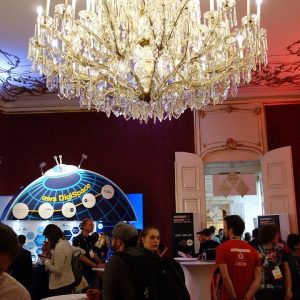 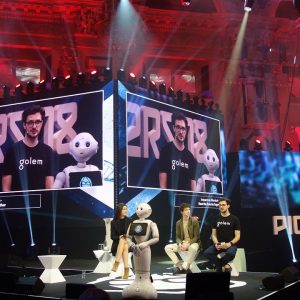 The happenings on the mainstage of the opulent ballroom follow the slogan of the event: “Blurred Frontiers.” On the quest for blurred frontiers, the geneticist Josef Penninger talked about the potential of life sciences. The “futurist” Jonathan Knowles and marine scientist Gaelin Rosenwaks reported about exploration of the deep sea and outer space.

Lilium co-founder Patrick Nathen spoke about how his company is going to eliminate everyday boundaries: Nathen said it will be commonplace to take trips in air taxis in the future. That would make the trip from Schwechat Airport to downtown Vienna take five minutes instead of the usual half an hour.

The second day of the festival also promises to deliver a whole series of exciting talks. Holodeck VR co-founder Jeff Burton will be speaking. We will also be talking with a Munich founder about his experience at the Pioneers Festival.