What should you do when you are dissatisfied? Exactly – don’t complain, instead look for a solution yourself. This was how the three founders of SONO MOTORS felt when they were anything but pleased with the existing range of electric vehicles available — too expensive, and too impractical for everyday use. So they simply developed the Sion themselves; an affordable and convenient electric car with integrated solar cells. The Munich startup is currently raising capital using a crowdfunding campaign so it can build several close-to-production prototypes by early 2017.

Like so many other startups, the SONO MOTORS story begins in a good old garage. Roughly four years ago, the three founders Jona Christians, Navina Pernsteiner and Laurin Hahn started working on the Sion prototype in their own garage by building an electric car with solar cells built into the chassis. When asked about what motivated them, one of the founders, Laurin Hahn, explained:

“We wanted to finally see some change and could not just keep on watching our environment being destroyed. The Sion is our answer.”

An answer that can travel 155 miles, can be rapidly charged and is available for less than €16,000. The Sion is also more than just an electric car. Bidirectional charging allows for an external current draw of up to 2 kW for all conventional electric devices. This means that the Sion is also a mobile storage battery. Possible applications include disaster control, camping and use on all kinds of construction sites on an industrial level. 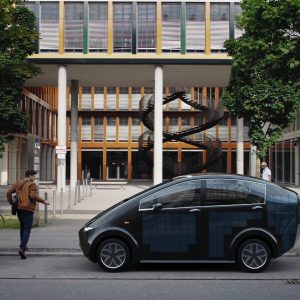 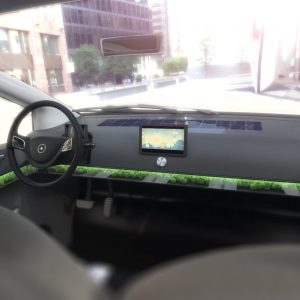 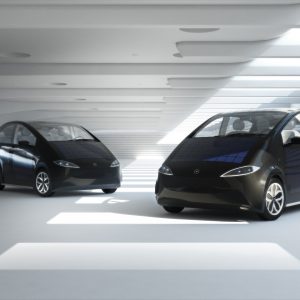 An additional innovative approach is the breSono system. Moss in integrated into the dashboard, which acts as a natural air filter and removes particulate matter from the air with its electromagnetic charge without needing any maintenance – it does not get more environmentally friendly than that.
That is exactly what the team demands from itself – finding innovative and eco-friendly solutions while also blazing new paths:

“We are not a large company, and we are not backed by large investors either. We are simple people who want to do things differently. We have become a diverse team of designers, developers, engineers and students, some of whom have extensive experience in the automotive industry.”

The biggest challenge: manufacturing the Sion

The idea of a solar powered car is not new. Images of the Solar World Challenge in Australia come to mind. However, these cars can only actually function when the sun is shining. That is not the case with the Sion; it might initially be a normal electric car. The only difference is that the battery also charges itself.
It all sounds so intuitive. Yet the team of founders is still faced with several challenges when it comes to developing the Sion. When asked about the greatest challenge, Laurin answered:

“Without a doubt, it’s manufacturing the Sion. This includes approval regulations such as crash tests, EMC testing, operations management and financing. And all of that on time.”

The current plan is to create several close-to-production prototypes by the beginning of next year. Delivery of the Sion is aimed for in2018.

Creating Prototypes with the Crowd

To be able to implement this plan, SONO MOTORS is now getting the crowd on board. The three founders decided to go down the path of a crowdfunding campaign to remain as independent as possible. Their pitch video shares information about their project:

The aim of the campaign is to raise capital to duplicate the prototype for crash tests and test drives. Those who support the campaign will be able to take a test drive with a contribution of €100. This test drive is meant to serve as the basis for deciding for or against purchasing a Sion. The campaign is therefore a classic presale, which should generate enough capital to start production of the Sion in 2018 with existing car manufacturers and suppliers.

The campaign can also be supported with smaller contributions starting at €5 and up. The SONO MOTORS crowdfunding campaign can be found here Indiegogo until the beginning of September. 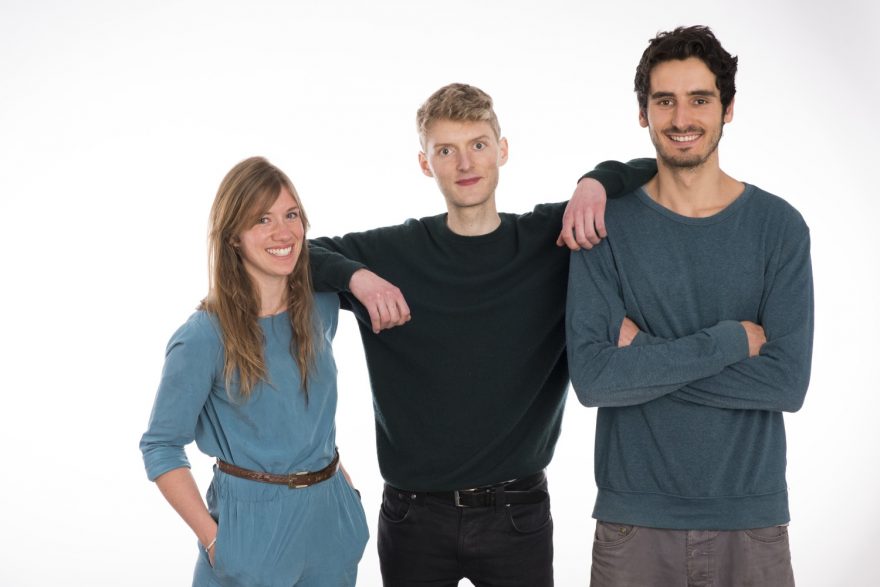 Their goals are certainly ambitious and the young team of founders in Munich feels that they are in good hands:

“Munich a good location for us due to its economic stability and high level of expertise in the automotive field. The internationally renowned universities are also ideal for recruiting qualified professionals. What’s more, many suppliers in the automotive field are located in Munich, which makes collaboration even easier,”

Their hearts also beat for Munich when they are off duty, since two of the three founders are born-and-bred Munich natives. When they have any free time, they like to spend it by the Isar river. And who knows, they will perhaps be driving a Sion in the near future to have a barbecue on the Flaucher portion of the shore. We will keep you posted.