If you can’t do it alone, get the community on board!
The idea of setting up financing for a project with a crowd stopped being a fringe phenomenon in the startup scene a long time ago. In fact, crowdfunding is increasingly establishing itself as an integral element of startup financing. The Munich-based startup Kurzzug is also giving the crowd a go and seems to be doing very well.

Munich is not just a city. For many, it’s a way of life. The fashion label Kurzzug has just the thing for every person who has always wanted to carry a piece of that feeling around with them in the form of robust city bags and weekenders made of recycled leather from Munich subway seats. 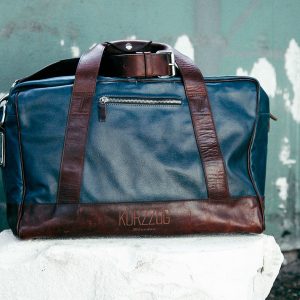 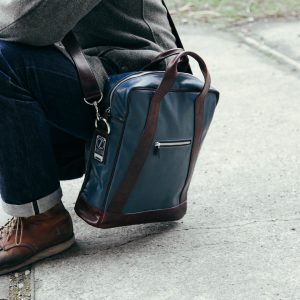 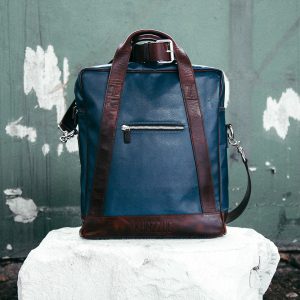 The design is set, the leather is there. Now all that Jörg Schleburg and Wolfgang Bischoff, the founders of the Munich startup, need to do is finance their idea and launch their products. This is where the crowd comes in. The founders are presenting themselves and their subway bags on the crowdfunding platform Startnext to court backers for their idea:

The two Munich natives are certainly doing something right with their approach to their crowdfunding campaign. In addition to presenting the products, they also share the story behind Kurzzug and speak directly to their target group—Munich locals who highly value individuality and constancy. Furthermore, Schleburg and Bischoff openly explain how they plan to use the stated funding goal of €30,000:

“With successful financing, we plan to fully invest in the production of the current collection and in continued development of new Kurzzug products. This is our special focus. We want to make Kurzzug THE brand for urban clothes and bags: from Munich, with Munich, for everyone. The subway is the nucleus from which everything will originate.”

Transparency and the trust associated with it are important elements of a successful campaign. Being able to reach the set funding goal means needing to motivate as many individuals as possible to join in. Crowdfunding works according to the “all or nothing” principle. If the target amount is not reached within the specified period of time, the money that has been collected will not be given to the initiators. A successful campaign therefore begins with determining an appropriate funding goal. Startnext, one of the best known crowdfunding platforms in Germany, remarked in a blog post on the dos and don’ts of crowdfunding:

“Extremely high target amounts can seem daunting at first glance—especially at the beginning when just a small amount has been donated. If you have a high target amount, it is helpful to make sure you have some initial contributors even before starting to be able to make good progress from day one.”

In addition to the financial aspect, the intensity of establishing a loyal fan base is what makes crowdfunding so attractive for many startups. Ideally, the community—which also includes potential customers— should stick together even after the campaign period.