The future belongs to e-bikes and pedelecs. According to estimates by the German Bicycle Industry Association, roughly 520,000 electrically powered bicycles were sold in Germany in the last year, and counting. The Munich startup FAZUA is ready to make their way into the promising market this year with their very own drive system.

E-bikes are already one of the major mobility trends among city dwellers: You keep in shape by riding your bike and still arrive totally relaxed without having to wait at the bus stop or search for parking. Yet many electric bicycles look rather unathletic, and their heavy construction turns some into unwieldly heavyweights. Those who have to lug their bikes into their apartments to recharge are familiar with the problem.

This is where FAZUA comes in: The Munich-based company is developing a motor system for e-bikes called evation, which is completely integrated into the frame but also fully detachable. Removing the motor and battery creates a lightweight bicycle that can then be used as a conventional two-wheeler.

The startup itself does not make its own bikes, but instead considers itself a supplier for bicycle manufacturers. They are already in close contact with five manufacturers, shared their Commercial Manager Marcus Schlüter (32) in an interview with Munich Startup. However, the startup company still is not quite to that point yet: FAZUA plans to produce an advanced prototype by the summer with hopes to deliver evation by the end of December 2016. Schlüter foresees European expansion by 2019. And after that?

“In five years, we see evation as an established system on the world market.”

Their goal is ambitious, but Schlüter certainly does not seem to have his head in the clouds. The market analysis seems well-founded, and their set goal is realistic.

Schlüter founded FAZUA together with Johannes Biechele (32), Sebastian Boß (30), Philipp Kalläne (28) and Fabian Reuter (32) in November 2013 while they were all still students at the Munich University of Applied Sciences. All five founders now have steady, full-time positions at the company and have been joined by one freelancer as well as two staff members who started at the beginning of the year.

The idea for the project came from Technical Manager Biechele. During his studies, the enthusiastic mountain biker worked for electric motor manufacturers. He quickly discovered a gap in the market: The existing products were too heavy, too clumsy and not good-looking. Biechele wanted an e-bike that he himself would buy. And so an idea was born. That was back in January, 2011. Just one year later, they had been accepted to receive support from the EXIST program. In retrospect, Schlüter said,

“Without the grant from EXIST, we wouldn’t be here today.”

Marcus Schlüter has devoted himself to FAZUA full-time ever since. Before that, he worked in an HR department on strategic concept work. The SCE (Strascheg Center for Entrepreneurship) also recognized the founders’ potential and took FAZUA under its wing.

“We found ourselves in an incubator with financial support, infrastructure and an office. We were able to build our first prototypes there. What the SCE offers is just awesome,”

raves Schlüter to this day. Through the SCE and BayStartUP, then still evobis, the startup came into contact with investors and business angels, and then with the Hightech Gründerfonds (HTGF) at a founders competition. Schlüter commented:

“The network in Munich is just excellent. You get basic info and access to investors here. You are able to get much further ahead than if you were to try on your own. That’s a huge advantage over cities without these kinds of connections.”

The next milestone in company history: moving into their own facilities.

“We definitely wanted to stay in Munich. In addition to office space, we also needed a workshop area. We quickly found the Gewerbehof Westend. It was ideal for our young company.” 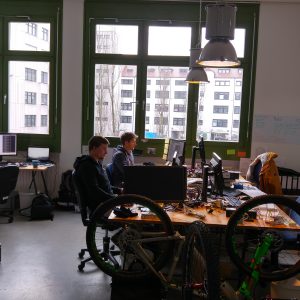 FAZUA in Gewerbehof Westend: Things are getting tight 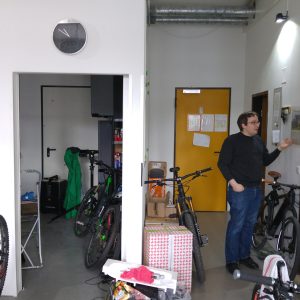 Workshop, office, and conference room all in one. 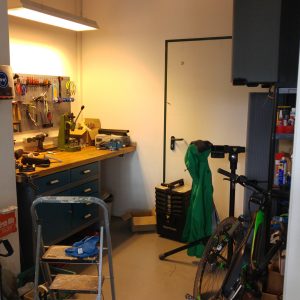 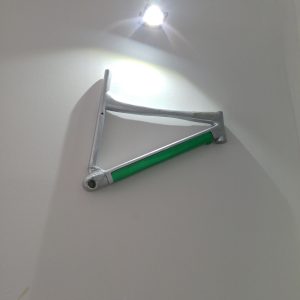 Sustained growth has prompted the next move. They have long since outgrown the space, and the Gewerbehöfe, which are municipal business parks, are well booked. The company has thus moved to an area close to Siemenswerke, the Munich Siemens factory.

“Of course, you compare yourself with all the big and successful companies here in the city. We don’t want to be just any company; we want to have a reputation that is just as good!”

FAZUA seems well prepared to move forward. Investors believe in the young company as well: The startup has already been able to raise roughly 3.5 million euros. These funds offer a wide range of possibilities—what matters now is using it:

“2016 could be our most exciting year. It’s already been about a lot of money until now. But now it is all or nothing! Our ideas and work up until now will be turned into a market-ready product this year. It is a really exciting and special experience.”

FAZUA seems to be ready to tackle the challenges ahead—Munich Startup will follow and report on the up-and-coming startup’s next steps.