Helsinki is cold, dark and damp in winter. So how does the Slush startup event still manage to get 20,000 participants to travel up north?

The dates for the Slush startup event seem to have been picked deliberately: Who would voluntarily go to Helsinki in December? It’s the time in Finland’s capital when the sun goes up after 9 a.m. and the day quickly comes to an end shortly after 3 p.m. In between, you have several hours of transition from dawn into dusk. Then you also have Finland’s cold temperatures, drizzling rain and wind. At least the phenomenon that gave the event its name — slush — made an appearance on Monday evening, but it then quickly melted away. Helsinki’s streets are rather empty and life happens indoors instead.

Of course the external conditions are nothing new to the hosts. Rather, the darkness, cold outdoors and cozy indoors serve as a motto for the founder festival. Two years ago, when Slush was still being held in late November, the entrance was adorned with a banner reading: “Nobody in their right mind would come to Helsinki in November. Except you, you badass. Welcome.” — It’s really only for the diehards.

There’s a new banner hanging in the same spot in 2018 that picks up on the greeting two years ago: Kept the placeholder. What matters is inside. That could also be the motto for Helsinki in winter.

The exhibition hall is dim, the murky daylight stays outside. In contrast, the various areas, stands and stages are elaborately illuminated. Everything is glowing in neon colors and the monitors automatically catch your eye in the dark. In order to be seen, the exhibitors light up their stands. And while it makes the hall feel like a kind of labyrinth, there’s also always something for you to see. 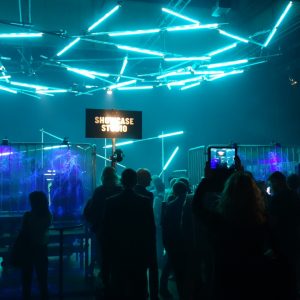 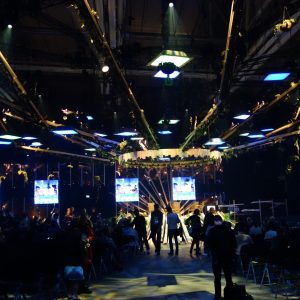 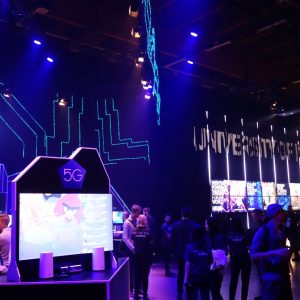 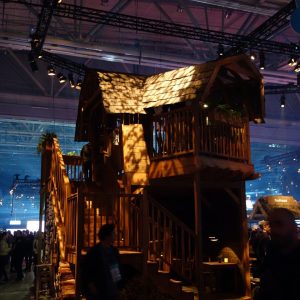 The recurring themes at the conference are green technology, sustainability and environmental protection. One of the main stages is decorated with a wooden structure and hanging plants, which makes it look like a tropical temple in the jungle. Huge recycling stations are everywhere where volunteers help sort trash. The hosts describe their conference as a combination of a TED conference and the hippie art festival “Burning Man.” It’s all topped off with the coolness and aesthetics of a nightclub.

Slush is being held for the eleventh time this year. The founder conference started as a student initiative in 2008. Slush 2018 is being visited by 20,000 participants from 130 countries, including 3,100 startups, 1,800 investors and 450 representatives from listed companies. That makes the conference one of the biggest startup events in Europe. The organizers have long since fulfilled their ambitions beyond Europe and now hold Slush conferences in Tokyo, Shanghai and Singapore, adding up to 75 events around the globe with a total of 42,500 participants. 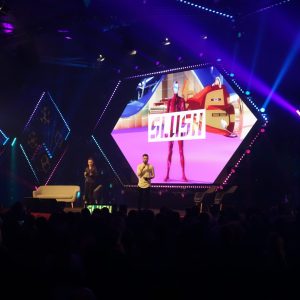 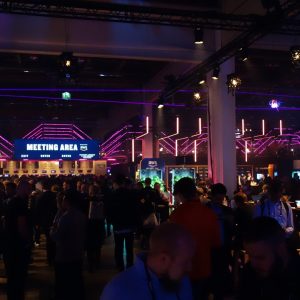 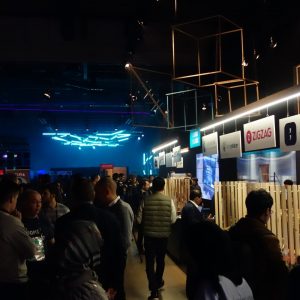 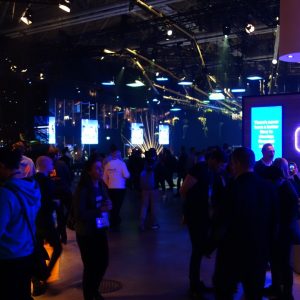 When compared to Europe’s biggest startup conference Web Summit, what Slush does better becomes clear: While the megaevent in Lisbon with 60,000 visitors is more reminiscent of a classic conference than a tech festival, the glowing neon Slush event seems more focused, innovative and cool. Considering the increasingly global competition among tech events, the conference in Helsinki has secured a genuine unique selling point: Embrace the Darkness.