Web Summit covers a broad range of topics as a tech and future festival. So what does that mean for participating startups? Plus: Does Web Summit hold up in comparison to other mega-conferences?

After opening night, Web Summit starts its program and startup exhibition. The crowd of attendees divided up into the four exhibition halls and neighboring Altice Arena. There is no need for Web Summit to fear comparison with other large conferences like SXSW: the sheer number, quality and international character of the startups participating at the Lisbon conference puts it on equal footing with other giants, at the very least. Due to the somewhat remote location of the expo grounds, however, the event feels more like a classic conference than a tech festival during the day. This is meant to be balanced out be the Night Summit, which is the evening networking program in the city’s bars and clubs.

Is the theme watered down? 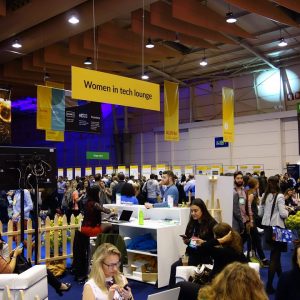 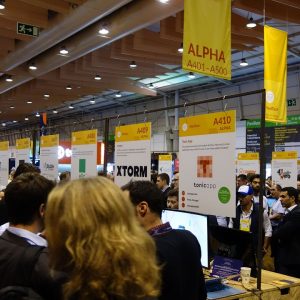 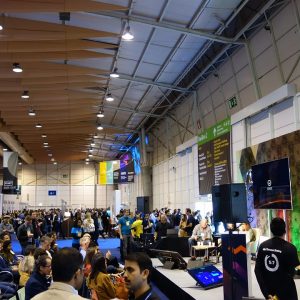 For the major players in the tech industry, Web Summit offers the perfect platform: VW, for example, is using the conference to present their cooperation with Google. The Digital Hub Initiative from the German Federal Ministry for Economic Affairs has its own booth at the event.  The overriding topic spanning it all is “artificial intelligence.”

Is the broad range of topics beneficial for startups, or does it water down the substance of the conference?

“The global IT industry comes together at Web Summit”

We asked Philipp Uscharewitz from Holo Light. The Munich mixed reality startup is participating at Web Summit with its own exhibit. Uscharewitz said:

“There is a lot going on here, and you also meet highly relevant visitors. One major focus of the conference is AI, which we have little to do with. So that can make it somewhat difficult to the make the right kind of contacts.”

Uscharewitz did mention that the large conference also has its advantages:

“On the other hand, the global IT industry comes together at Web Summit. And that is important for being able to share information and pick up on the latest trends. We take it as an opportunity to present ourselves and shape the mixed reality market, since it is just starting to emerge. For us as a B2B company, industrial trade shows like Automatica or Hannover Messe certainly make more sense.”

He couldn’t say much about the program: since he was manning the booth, it was not possible to hear much from Tuesday’s speakers:

“We will make up for it in the next few days.”

He still has some time with the Lisbon Web Summit set to run until Thursday.