Developers are much sought-after employees — and startups are exciting employers. The daho.am conference aimed yesterday to bring developers and startups together.

With glorious midsummer sunshine, the daho.am organizer  Stylight invited to Backstage yesterday — which is usually known as an alternative music venue. Software and hardware developers, startups and decision-makers from the scene numbering in the hundreds responded to the call from the Munich-based fashion startup.

In three different tracks, speakers discussed the challenges developers face, startup topics, and talked about “disruption,” or: innovation such as the WARR Hyperloop. The prototype was also on display at the conference to be marveled at live. Essentially, the conference catered to two different target groups: the startup scene and developers. By doing so, daho.am simply fulfilled what their motto promised: “Bringing developers and startups together.”

It is the chronic shortage of developers that motivated so many startup founders to head to Backstage. Many of them are specifically looking to strengthen their technical team. One example is Sven von Alemann, co-Founder and CEO of the legal tech startup rfrnz:

“I am looking for inspiration and contact with developers here, perhaps even a hands-on CTO who wants to work with a super-innovative legal tech startup.”

When asked about how things had gone so far, Alemann gave a satisfied reply:

“I like the informal atmosphere at daho.am. I can meet up with people in my network here while also expanding it.”

Backstage as an event location has also been well-received by other visitors from the Munich startup scene. Amadeo Gaigl, co-founder of Bohème, is one example of someone who liked the venue on the Friedenheimer Bridge:

“The atmosphere is really cool here. The location of the venue is super.” 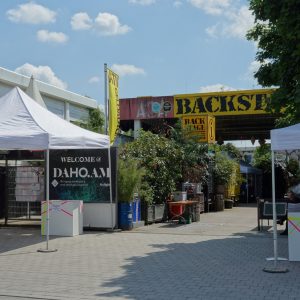 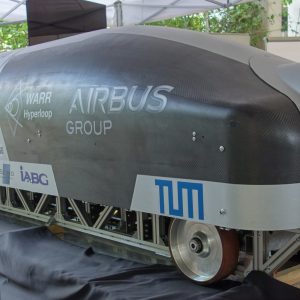 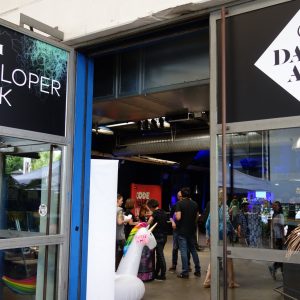 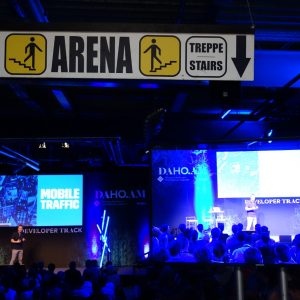 Bohème co-founder Vincenzo Di Salvo was also at the event. The startup did not come to increase their workforce, but instead because:

“What is most important to us is meeting interesting new people. We also want to benefit from experience made by others in the tech scene.”

At first, you might not expect a startup that supplies reading material at specific locations to need deep-tech. Gaigl clarified:

“Something that our users do not see directly: our location-based services are deep-tech. We had to develop complex algorithms for them.”

That is a topic the different speakers generally wanted to let the less tech-savvy startup audience know about: the technical problems and challenges that crop up behind the scenes. A lot of entrepreneurs and end-users are not even aware that these difficulties exist. One example: Marco Kaiser, CTO at Zeit Online, talked about how the election of Donald Trump on November 8th last year, a surprise to many, caused the news site to crash in the early hours of November 9th. That was a frustrating experience: the editorial department had been preparing for the results for months and was working like mad, and their readers were waiting to hear from them — but the technology was not working. The lesson learned is perhaps: it is best when technology remains invisible.

Founders in the boxing ring

The event organizers located the startup area in a large hall beside the Backstage site. Startups and ecosystem players were represented at booths, startup topics were discussed on a separate stage and the middle of the hall featured a boxing ring. That was where startups participated in a different kind of pitch battle in the Founders Fight Club: two founders pitched against each other in the ring while looking for their opponent’s weak points. The audience then chose a winner. Unfortunately, the super set-up was not helped by the bad acoustics in the hall.

Images from the Startup Area: 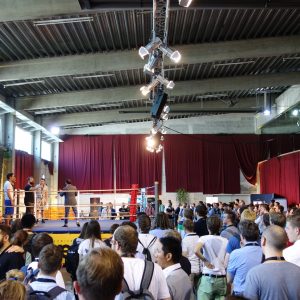 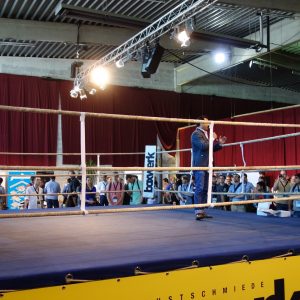 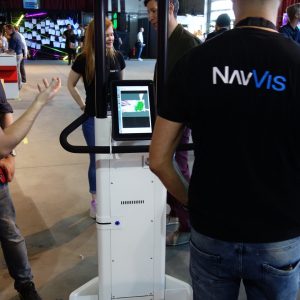 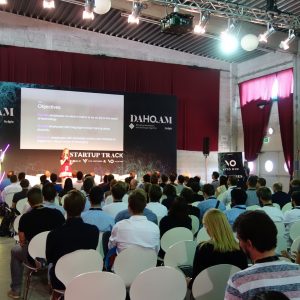 Last but not least, the intense focus on tech made daho.am stand out noticeably compared to other networking events: non-techies most likely heard about some problems for the first time, while developers got to know the startup scene. It is a great offer in its niche — and we are already looking forward to the next daho.am.