Day 2 at re:publica — Minister of Labor Andrea Nahles wants to steer the audience away from a much-loved vision. Plus: a European digital charter with Sascha Lobo, hate bingo and puppies.

We reported from Berlin yesterday about re:publica actually being a social conference instead of just a digital conference. After all, digitization has long since reached all areas of society. That being said, a lot of speakers are specifically looking to make contact with their digitally-inclined audience and introduce themselves and their projects. As was the case with the Minister of Labor Andrea Nahles who suggested a “Personal Activity Account” — as an alternative to the vision of unconditional basic income (UBI). At the beginning of the event, the moderator asked which of the attendees in the jam-packed auditorium supported the idea of UBI — and around half raised their hands. When asked who did not support it, only a few signaled they were against the idea. Nahles certainly did not have a home-field advantage.

The minister said she knew she was entering “the lion’s den,” and tried to convince the audience of her concept. She argued that those who have grown fond to the idea of UBI are thinking about the future of the working world. Nahles also listed her reasons for opposing UBI: too expensive, the monthly sum is not enough for people truly in need, not being a suitable mechanism for raising minimum wages and:

Her alternative idea: for every individual to receive a fixed sum in a specific “account” on their 18th birthday. Nahles suggested an amount ranging from 15,000 to 20,000 euros. This amount could then be used by citizens throughout their lifetime: to be used as founding support, supplement volunteer work or for personal continued education. The account is intended to be supplementary to existing options for funding and should function independently of all other instruments. She then asked the audience to discuss the matter with her,

and her offer was welcomed with friendly applause. Those who spoke up in the audience insisted that Nahles’ proposal would prove ineffective: digitization has put an end to classic employment. In the medium term, human labor will simply no longer be needed. An account that is still just intended for employed individuals is not going to help. UBI is the only solution. Nahles answered:

“I do not believe that employment will come to an end. There will still be wage-earning employment in thirty years!”

And should less work be necessary, then the weekly working hours for laborers and employees could be scaled back.

Subsequent comments continued to revolve around the same issue. The future of paid labor ultimately also depends on the proper political solution: UBI or continuing as usual — perhaps with an additional cushion for personal continued education before too long.

A digital charter for Europe

The project for a European charter for digital fundamental rights also sought out the creative environment of re:publica. As conference within a conference, several workshops and discussions were held to refine the charter together.

The document aims to regulate the digital rights of European citizens in relation to companies and government bodies in the digital age. Slightly reminiscent of “Liquid Democracy” from the realm of the Pirate Party, the internet audience is called upon to comment and collaborate: https://digitalcharta.eu/

Experimentation has its very own spot at re:publica in an adjacent building: the labore:tory. Various projects display their more or less experimental programs — with the focus still on VR. Microsoft is also here with their Hololens, which we unfortunately did not have a chance  to try out. WDR is showing its alarming VR documentary “Inside Auschwitz.”

Some images from the labore:tory: 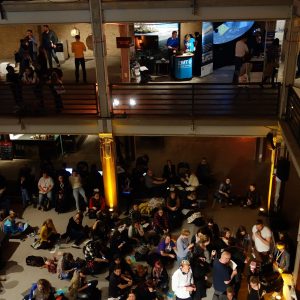 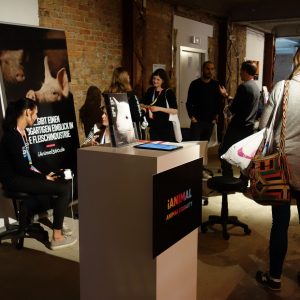 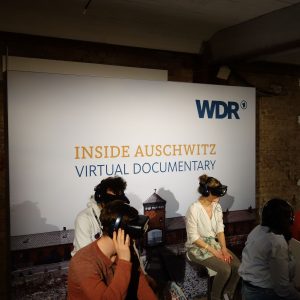 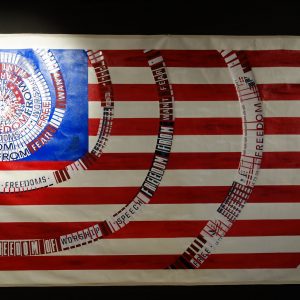 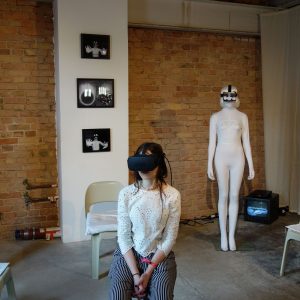 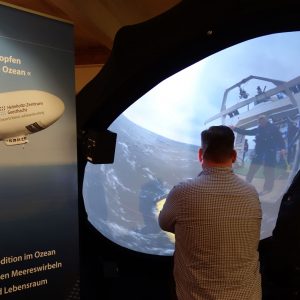 The entry to the labore:tory has its very own lounge and stage. One of the notable events held there: “Hate Bingo.” The participants are given a completed bingo card. Instead of numbers, each square contains an anti-Semitic, racist or some other kind of insult. The people who then took to the stage were — as declared in the subtitle of the event — a Jewish woman (blogger Juna Grossmann), a feminist (writer and editor Lydia Meyer), a journalist (Patrick Stegemnn) and a black, homosexual man (video columnist Tarik Tesfu). The speakers then read aloud hate comments they had received over the internet and explained how they had dealt with them. The audience then marked off the recited insults on their cards. The prize for having bingo, which means having a whole row crossed off on the card: crème de menthe. The amusing event also had a therapeutic effect: talking about horrific aspects of the internet might make them a bit more  bearable.

A panel focusing on the social media presence of the police is working on a very different kind of digital communication. The law enforcement officers have been seeking contact with citizens in social networks for quite some time. Communication expert Katharina Kleinen-von Königslöw explained that doing so supports the legitimacy of the police and their work in turn. The community manager for the Frankfurt Police André Karsten sat beside her at the podium and explained why he makes posts for his employer like the following:

Other social media managers can only dream about the resulting reach and level of interaction. That being said, baby animals are known to be effective in pretty much any context.

Karsten also added that niceties are not always appropriate in social media — for example before demonstrations in which the police are expecting confrontation.

We have not mentioned the omnipresent motto of the conference yet: Love out loud. That means: in cases where hate takes over the public sphere, we are going to talk about the positive aspects, be it puppies, ball pits or bingo. We can only hope these past few days in Berlin have provided some inspiration for creating a better future.