Everybody has seen them. The green travel buses are on every German highway these days, and you notice them immediately thanks to their bold design. And how many of us have fiendishly delighted in getting stuck next to one in traffic so you can tap into their WiFi? FlixBus has not only become fierce competition for Deutsche Bahn & friends, they are even taking over in some areas.

With 120,000 connections daily to 1,000 international destinations, the Munich-based company has become Europe’s largest long-distance bus network. After a total of 20 million customers traveled with them in 2015, FlixBus had more passengers than domestic German air traffic for the first time ever. But how did the founders Daniel, André and Jochen turn the former Munich startup into such a market giant, which seems to be unstoppably rolling towards success? 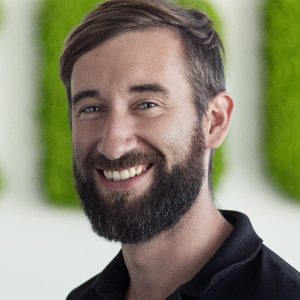 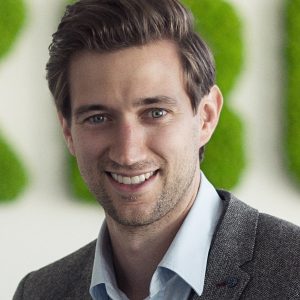 Daniel and André are old schoolmates, and have known each other since they were kids. After both of them studied in Franconia, they went on to found a joint venture in 2005, which they sold two years later. The two then studied abroad for a while, in China to be exact, before Daniel headed to the US, where he worked for an automotive supplier. He then returned to Bavaria to work for Microsoft in Munich, while completing his Master’s in Organizational Development and Human Resources in Erlangen at the same time. The friends met up again in Germany and quickly knew they wanted to work together again and get a project going. This time they also had Jochen on board, whom André knew from soccer.

“We thought long and hard, and compiled thousands of ideas; we had it all, from knitted socks to every possible kind of online platform,”

“Then one day, André told us that the Passenger Transportation Act rules were going to be relaxed, and we got right to work. We thought: when a market opens up like that, there must be a way to use technology and a new approach to create something cool.”

“There is more to it than just money”

Ideas for the FlixBus project really started to come together in 2010. A GbR (simple partnership) was founded in 2011, which was later changed to a GmbH (company with limited liability). Business preparations became even more intense in 2012, with the easing of the law set to pass at the beginning of 2013. That was exactly what happened, and the first FlixBuses took to the streets in February 2013.

However, it did take a few months for them to agree on which model should be used: should the buses be rented, leased or even purchased in the end? Or perhaps it would be better to work with a partner company? According to founder Daniel, making these decisions was the most important step early on in the company’s history:

“The three of us spent a year looking for partners, and we traveled all over Germany to talk to bus companies.”

The next thing on their to-do list was to look for capital.

commented Daniel. They met their first business angel, Dr. Heinz Raufer, the founder of hotel.de, through the North Bavarian Business Plan Competition, and he helped them make additional invaluable contacts:

“We had our second angel investment round a little less than six months later, and our first VC round was with GoLife,”

“Of course, there is more to it than money. When you find an investor, it is extremely important that they be a good fit for you and the company. Expertise and a good network should also not be underestimated.”

An additional business angel was able to help out with the last two factors, since he is someone who knows the industry inside and out: Harald Baumann from Baumann Bus. He is a man of the trade, who is able to support them not only with money, but also with expertise.

At that point, the time had come for FlixBus to have its own office. Daniel, André and Jochen applied to the LMU EC. However, they quickly outgrew the space that was available. When they started hiring interns and taking over other Lab residents’ offices, they realized their days at the LMU EC were numbered after less than six months. The startup then found a new work space on Theresienstraße, with the company growing to 30 employees by the end of 2012.

With life being as it is, rivals rarely rest, and the main FlixBus competitor was none other than MeinFernbus in Berlin. The FlixBus founders had a planning head start of roughly nine months, which meant they had some advantages on their side. Daniel remembered:

“MeinFernbus was always a bit bigger than FlixBus, yet they were more of a transportation company, while we were more of an IT company, and we were also more aggressive with our marketing.”

The two startups spent a year holding each others’ feet to the fire, until they realized that they were both putting their own existence at risk.

“We did not want to have a third party benefit from our competition,”

said Daniel. So the two companies came to a consensus:

“We wanted to combine the best of both worlds so we could concentrate on Europe more, instead of battling it out for the domestic market.”

The two parties agreed to collaborate under the name FlixBus, which was better suited for international business, and to continue using the bright green from MeinFernbus. And that is how the two competitors became a company in early 2015.

What do Munich residents have to say about Berlin?

Whenever Berlin and Munich are mentioned at the same time, the differences between the two as startup hubs inevitably becomes a topic. Daniel remarked:

“The startup market in Munich is not yet as ramped up as in Berlin. The scene is smaller and tighter-knit. People know each other; you have the university entrepreneurship centers and you can get into political circles relatively quickly. All of that together works really, really well.”

“My impression is that starting a company is approached a bit more seriously in Munich. In Berlin, you have a lot of trial and error going on.”

He also commented that the infrastructure in the Bavarian capital was probably even a bit better than in Berlin:

“In exchange, Berlin has a bigger ecosystem and attracts more people with the mindset of wanting to work in a startup.”

Do a lot yourself, but not everything

It is no secret that building a startup is always associated with certain risks. That makes it all the more important to fine-tune the right elements at the right time, and to then be able to make the right decisions. Daniel is quite pleased with how he and his co-founders tackled the FlixBus project:

“It was the right choice to go with an asset-light business model. We were able to actually create synergies between regional mid-scale bus partners and our technological component plus marketing competence, which has allowed everyone to concentrate on their strengths. That was what made it possible for us to grow so quickly.”

It was also extremely important and decisive, he said, to have all of the key assets in-house, from online marketing to IT development. They worked on development with an agency in the beginning, which is something that Daniel would not necessarily recommend in retrospect. His advice instead:

“When it comes to the things that are extremely relevant to your company, you should do them yourself. That gives you more control, which means you do a more diligent and better job in the end.”

That being said, it does not mean you have to do everything yourself. On the contrary. The FlixBus boss believes financial and legal issues in particular are extremely important:

“A person should not overestimate what they can do in these departments. It is better to talk with a lawyer or accountant sooner than later to make sure everything is set up properly, otherwise it will eventually catch up with you.”

FlixBus and its trendsetting acquisitions

In their current location near the Hirschgarten in Munich, FlixBus now proudly employs 300 people who work in modern offices that span five floors. Many additional offices are located in cities such as Berlin, Paris, Milan, Zagreb and Copenhagen.

Just recently, FlixBus made a name for itself with its trendsetting acquisitions. The Munich-based company took over the continental European business from megabus.com and Postbus. With this move, the company has now expanded its influence across the whole of Europe, and its business is growing at breathtaking speed. An expansion into Scandinavia was also just recently announced. No matter which European country you visit in the near future, the chances are good that you will spot one of the green buses. And that is a good thing, because if you do: Quick! Turn on your WiFi!