Is RegTech the new FinTech? The number of startups aiming to simplify regulation processes with technology is certainly on the rise. One of those startups is Alyne.

Founded in 2015, the company not only makes technology risk management more cost effective for heavily regulated industries such as the finance sector, but also makes it easier.

They focus on topics such as cyber risks, data protection and compliance for concerns and medium-sized businesses. According to a study, the market volume is expected to grow to approximately 35 billion euros.

Software as a service (SaaS) solutions are used, for example, to help a German bank simultaneously verify whether several dozen IT suppliers are actually following cyber and data protection guidelines. The process runs automatically on the platform. It is scalable and can be used intuitively, which means the bank no longer needs to maintain or compare hundreds of Excel tables.

Winning over customers in a tough market 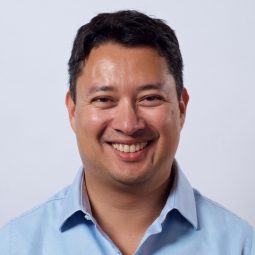 “Many customers are extremely unhappy with the current software solutions because they are very difficult to use. The increased need for usability puts us at an advantage, because that is our unique selling point. We are the first of our kind on the market.”

The only aspect that remains a major challenge for the startup is sales. Finding the right contact person in a company – be it the information officer, security officer or risk officer – can take a long time. This is where the founders make use of their extensive network.

Keeping their eyes on the (sales) prize

The four founders got to know one another more than ten years ago while they were all employed by a large consulting company. Over the years, their paths continued to cross. One of their former employers is now a customer and one of the startup’s partners.

“The partner setup is effective because the consulting company is able to tap into an existing customer base and give us access to customers on a global scale. We have already launched our system with several companies in Australia,”

Alyne is also successful when it comes to content marketing. The company has already been able to win over several customers with the company blog and additional articles. One of the most compelling elements has been their ‘Manual for your first 100 days as an IT security officer.’ Readers identify with the advice, and often stay on board with the startup after running through the features of the trial version. 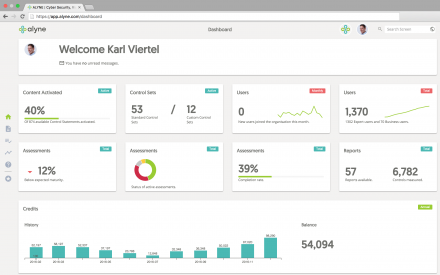 One potential customer was able to start working with Alyne right from day one. For comparison, Sulistyo provided an estimate:

“We’ve heard of companies that needed up to two years and two to three million euros to introduce a new system – only to have the projects fail in the end.”

He mentioned that employees are the most limiting factor, because they are forced to find additional time for testing.

First financing round in sight

The keyword here is employees, with the RegTech startup planning to make some major changes in the near future. In order to scale up and advance their sales and product development, the four founders are currently in the midst of their first round of financing. While initial discussions based on personal contacts were conducted in Spring 2016, Alyne was brand new on the market at that point, and it was much too early for a financing round.

“It was still a good experience, because it allowed us to refine certain areas and find out what an investor really wants to see,”

said Sulistyo. The ongoing exchange of information with investors has intensified over the last few months. And now?

“We now have some investors who have a very concrete interest in us. Things are progressing rapidly. While it is good on the one hand, it is also a challenge to juggle everything at the same time,”

added the founder. After all, the day-to-day business has to keep functioning alongside meetings with investors.

Bootstrapping – with no paychecks

Until now, the startup has been entirely self-financed. The four founders have yet to receive a paycheck. However, they have been able to cover the initial investments with their monthly turnover. Some additional, quite lucrative, orders are also within reach.

At the moment, however, the largest investment is the time that the founders are putting into developing their business. They quit their jobs in mid-2015 and have been without a fixed income ever since – something that is not easy in Munich, especially since two of the founders have children.

What motivates a person to start a company under these kinds of conditions? One incentive is wanting to create real added value by making an excellent product. Another reason is the desire to do something of your own.

The founders agreed, “If we don’t do it now, we never will.” The four have known each other long enough to really appreciate what each has to offer. The team constellation also seems to be impressing potential investors.

Alyne’s acceptance to the London-based Techstars Accelerator has also been helpful. The network of established FinTech accelerators should help them gain a stronger footing in the UK market. Being a part of the program also attracts international attention.

Sulistyo revealed that they have already had a call from a VC in Silicon Valley. Even if it was still much too early on in the game, having these kinds of contacts can be useful in the long run. While the first round of financing should hopefully come to a successful conclusion before long, the four founders are far from resting on their laurels.