What do you do if you want to actively shape the future? If you see many opportunities and want to spark ideas, yet the existing conditions are not suitable?  That’s right – you get your own project going. That is exactly what the founders of the green energy supplier Polarstern thought. And they simply got to work.

Jakob Assmann, Simon Stadler and Florian Henle had a vision: they wanted to be involved in shaping the future of energy. Entering the market as an energy supplier was far from being part of their plan in the beginning:

“At first, we focused on the green gas market and developed a product that is not only made from 100% organic by-products, but is also competitive. Back then and even now, less than a handful of green gas offerings were made from 100% renewable energy sources. The majority are mixed products that predominantly include fossil natural gas and a small percentage of renewable resources, as well as products with climate or compensation aspects.” 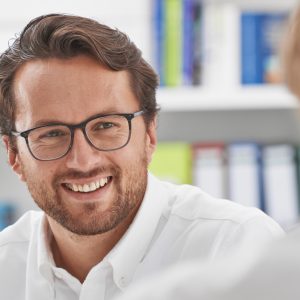 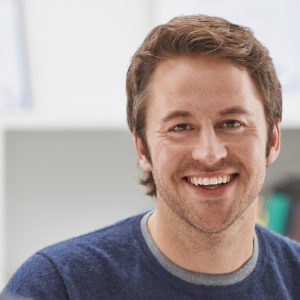 Creating a startup as the next logical step

The three Munich natives offered existing energy suppliers a genuine and competitively priced alternative to the available green “pseudo-products.” However, none of the suppliers were interested in including the new product in their portfolios. Only one logical step remained: to found their own company.

“We founded Polarstern with the aim of only offering energy products that are genuinely green and that are all based on 100% renewable energy sources. It was also clear to us that responsible behavior would be a maxim for our entire company.”

With Polarstern, Simon, Jakob and Florian want to contribute to the global energy transition, and also to the common good – the key word being social business. That means the company not only focuses on financial growth, but also takes social and sustainable aspects into consideration. Or, as Florian explained:

“We are not taking anything away from society, but instead are trying to give something back. Responsible, socially-oriented behavior is a principle that characterizes our entire company – our products as well as our relationships with our employees, partners and customers.”

The fact that this is more than mere rhetoric is demonstrated by the company’s common-good balance sheet. It is also illustrated on a practical level by their office environment. The office coffee for the current team of 20 is fair trade, weekly groceries are bought from a green supermarket, used computers are purchased, and considerable emphasis is placed on having a nearly paper-free office. Working hours should also feel like meaningful time that is about more than just earning money. Working in a home office is nothing exotic, it is simply part of the office culture.

It is also possible to trace Polarstern green gas from organic by-products and Polarstern electricity from hydropower back to their source, since it comes from the Inn River power plant near Feldkirchen. It is the only power plant in Germany with electricity that is certified by EKOenergy, the first international ecolabel for electricity. The label places great emphasis on sustainable power plants. Hydropower, for example, may only come from power plants that have been approved by the EKOenergy Board after consultation with local environmental organizations.

Florian explained why they chose this specific power plant:

“The Inn power plant won us over with the measures it takes to protect the environment and animals. With fish passes and special measures during fish migration periods, the animals are protected in and around the water. Especially with the run-of-river hydropower plants are common in Germany and Austria, it is crucial that the natural migration routes of fish are not hindered. Bypass channels are one helpful solution. Flood refuge areas have also been established nearby. We visit the power plant regularly – sometimes along with our customers – to learn about its current plans and developments.”

This also raises energy awareness among consumers. According to Polarstern, consumers are often not aware of a) the immense significance of electricity in our daily lives and b) how we can use it responsibly.   Electricity from a socket is taken for granted – much like tap water from a faucet. The fact that it is not a given becomes clear when we take a look at the bigger picture.

Transition can only happen globally

With this in mind, Polarstern is also active in Cambodia. Less than 10% of people living in rural areas in Cambodia have access to the public power supply. They use wood from the forests for cooking, as well as kerosene lamps. This is damaging to the environment and climate. Open indoor fireplaces also cause eye and respiratory diseases. The International Energy Agency reports 3.5 million premature deaths annually worldwide caused by this unhealthy smoke. In order to change the situation, Polarstern came up with a tandem principle:

“Helping one family in Cambodia build a micro biogas plant for each one of our customers in Germany changes lives. A plant does more than just produce clean biogas for cooking and generate light. Families are also able to save money on firewood and kerosene, as well as on artificial fertilizers for their fields. That is because natural fertilizer is created in the production of biogas. In turn, this increases the volume harvested from their fields and ultimately their income. Their entire quality of life is significantly improved by clean energy generation.”

In other words, a person in Germany who switches to sustainable power from Polarstern is also simultaneously furthering clean power somewhere else on the planet. It is true: a transition can only happen globally.

It all seems so self-evident. Nevertheless, Polarstern has also had its share of challenges to overcome. As young energy providers with a social entrepreneurship approach, they remain exotic in an industry that is highly competitive and has a strong lobby:

“As unconventional thinkers and doers, we simply do not match any of the traditional stereotypes, which means that we constantly face opposition. I just have to think about the very beginning of our company. You have to keep on struggling and believe in yourself and your goals. We have always put our heart and soul into Polarstern, and our employees and partners are also amazingly enthusiastic. That bonds people together, which in turn makes any kind of obstacle look half as big.”

“We are in the black”

Is this euphoria also reflected by their financial figures? The founders are satisfied with the development of their startup. They report that their customer base is growing steadily. New business sectors like decentralized power generation are being investigated to help drive the energy transition.

At the same time, no concrete figures were communicated.  This is out of conviction, as Polarstern explained:

“In our minds, it is a matter of what a company does for each customer and how responsibly it behaves. Stating the number of customers would create the false impression that size has something to do with quality. However, I do not rely on the number of handbags or bike helmets sold in order to assess their quality. To satisfy your curiosity somewhat: we are in the black, and have helped make life better for more than 20,000 people in Cambodia.”

Polarstern feels certain that an approach focusing on the common good will receive even more positive recognition from consumers in the future — and will have a substantial influence on their purchase decision.