It’s that time again: every Tuesday, young startups are pitching in the “Höhle der Löwen (Lions’ Den)” in front of judges, including Frank Thelen and Jochen Schweizer, in hopes of scoring a lucrative investment. The Munich startup doo managed to avoid having to climb into the lions’ cage to secure funding. One of their first investors in 2014 was the venture capitalist and “Höhle der Löwen” judge Frank Thelen. An additional financing round amounting to a considerable seven-digit sum was completed in early 2016.

doo is the leading self-service platform for event management and event marketing in Germany. The platform was founded in late 2013 by Christoph Sedlmeir and Dr. Michael Liebmann. For many years beforehand, both had worked as management consultants at Bain & Company. They followed Bain’s slogan “We train entrepreneurs” after completing their studies, which made braving the world of entrepreneurship the next logical step. Within that constellation, the concept quickly came together to create a software-based platform for planning and monitoring events as well as communicating with attendees. 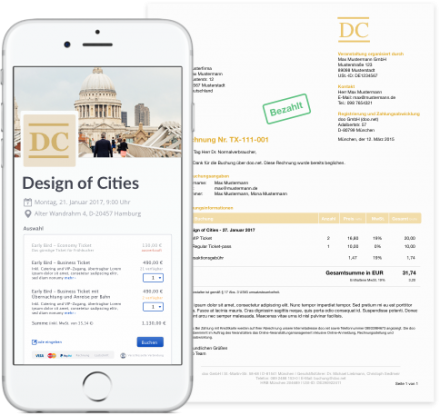 It is now possible for doo clients to take advantage of a flexible white-label registration solution to automate attendee management. From exclusive client events for DAX corporations to trade fairs or world congresses, the startup makes it possible to modularly manage every step involved in an event, including communication, registration and even entrance to the event itself.

Simple and intuitive navigation guidance through the software allows organizers to quickly set up attendee management for their event. As soon as that is complete, an event organizer can start selling tickets – using the CI from the client’s own website of course, and with social network activities incorporated as needed.

At the same time, doo also helps clients market their events with an integrated newsletter and campaign tool. The whole package is augmented by additional features such as event analytics, which makes doo the only service provider to offer big data analysis for events thus far. 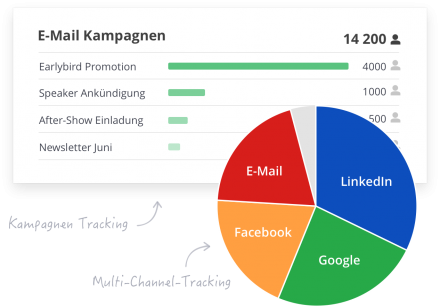 Hasn’t that already been around for a while? Not exactly. Event analytics is doo’s unique selling proposition, one which helps their clients make their events even more successful. The success of every marketing channel can be measured using analytics, which in turn makes it possible to increase the number of attendees by continuously improving campaigns.

doo users not only receive automatic big data reports, but also get intelligent recommendations for action based on those reports.

Another option offered by doo is how to win back “shopping cart abandoners” for events. They have applied tools that are currently used in eCommerce to the events industry and now offer them as a service. The combination of ticket sales and attendee communication in this form is currently unique to doo.

When asked about their biggest challenges, doo responded much like many other young companies who experienced the initial stage as the most difficult. Although the startup received extensive support from Bain & Company and quickly landed their first pilot clients, the team repeatedly faced major challenges such as establishing sales right off the cuff. They noticed quite quickly that their initial target group, digital volunteers, was not enough. Because the technology is extremely flexible, it could quickly be adapted to meet the new requirements.

The question that quickly arose was how to promote further expansion of the startup and how to scale it, to be more exact. It was during this stage that the Chamber of Commerce and Industry (IHK) for Munich and Upper Bavaria contacted doo at Bits & Pretzels in 2014 and informed them about KfW Coaching. Over a four-month period, doo spent a total of ten days with a coaching expert. A briefing was initially held, followed by preparation and cooperation with possible service partners. Receiving expert coaching at such an early stage of company development played a key role in accelerating growth and business formation.

An additional round of financing early this year means that all signs are pointing to further growth. In 2015, the startup managed to double their turnover, at the least, from one quarter to the next. Rapid growth continued in 2016: the second quarter was exceptionally strong due to supplementary measures and team expansion conducted after an investment round in the first quarter.

“Thanks to our loyal client base, fighting a churn rate has not been much of an issue, which means that additional customer acquisition immediately translates into growth.”

By enhancing their product with event analytics, doo is expecting another substantial increase in customer wins and revenue for the last quarter of 2016.

Munich as a startup location

The founders have lived in Munich for quite some time. With support from Bain & Company, the company was founded in 2013 directly from the office, so to speak. Their first clients were also located in Munich, so it was only a question of time until they moved into their startup office. The doo founders commented about Munich as a startup location:

“Although Munich is somewhat more expensive compared to other cities, we view our state capital as the technology site of the future. Especially now, since major players like Google and Amazon are now located here. These kinds of companies attract talent in particular. We just have to make sure that these industry giants don’t snatch that talent out from under our noses.”

How does doo’s future look?

“In the future, we want to continuously improve our product and adapt it to suit the needs of our clients above all else. At the same time, we also want to expand our expert status in the industry even further.” 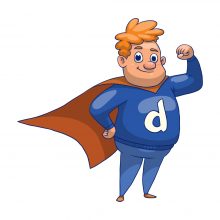 A valuable tool for that expansion is the doo Knowhow Blog with its doodle mascot. The blog’s objective is to show event managers how much potential still lies dormant in their events. Questions such as What is SaaS? What tools can help me plan an event? How does online marketing work for events? are discussed and clearly presented to readers.