Four founders and their technology set to bring plug & play to automation technology. With their “SensorLink”, the Munich startup Dynamic Components has developed a combination of hardware and software for embedded systems which aims to interlink machines with sensors, while also transmitting data in real-time.

This should make it easier for companies to keep up with digitization and the Internet of Things (IoT) in the future. It should also make it possible to record and analyze machine and process data as precisely as possible to optimize work processes.

Two of the founders, the computer scientist Michael Geisinger and André Leimbrock, who is responsible for finance and sales, spoke with Munich Startup about their motivation, support and the future path of their company.

A Spin-off with a Cherry on Top — Dynamic Components

Quite a few years of research have already been invested in the spin-off developed at the Munich research institute fortiss, an affiliated institute of the Technical University of Munich. When asked about what motivated them to become a spin-off, Michael as co-developer of the basic technology explained:

“I actually did not even want to found a company. But the technology really has potential. It would be a pity for that all to end just because the project budget ran out.”

And so in 2015, the two computer scientists, one engineer and one economist decided to continue to tap into the potential of the technology and to launch it on the market as a product.

They were supported by the EXIST transfer of research — it simply would not have been possible to shoulder the continued development of such elaborate technology without that kind of support. As the cherry on top, the founders additionally won a major award from the startup competition Gründerwettbewerb IKT Innovativ in spring 2015 (still under the project name “Chromosome Industrial” at that point).

The awarded 30,000 euros are being used to advance the development of the company. They also recently took third place at the IdeAward at TU Munich, and invested the award money in their patent strategy.

What makes this product so unique?

“We are the USB stick of automation technology,”

explained Michael. The automatic configuration of devices is commonplace on a computer – but the same concept does not exist yet on an industrial level. This is exactly where the startup technology comes in: The system automatically recognizes existing sensors and transmits data to the downstream systems, even when a component is first added during operation. The software should make it possible to exploit the optimization potential of networked machines

“Software Is Not Visible”

Their advice for other founders:

“It is nothing new, but it is true: Get out there as early on as possible and talk to clients. And then perhaps head off in a different direction. That helped us to understand that software does not sell on its own, and that our clients are looking for a comprehensive solution instead.”

Because software in itself is not visible and the Munich startup had a hard time presenting their product, the team developed “SensorLink” as the corresponding hardware. 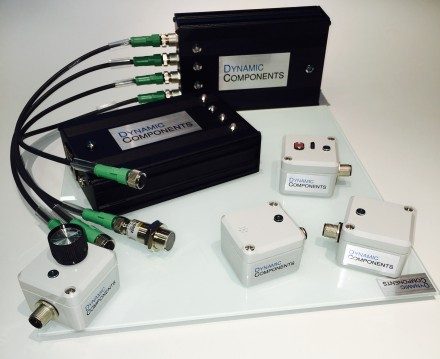 Available upon request, the small box makes it possible for machine operators to retrofit their equipment with additional sensors. The client can then assemble everything and run analyses on their own — like they mentioned: true plug & play. Significant cost savings are the result. The amount that is actually saved has to be verified based on the particular application scenario.

The team recently joined the Deutsche Bahn Accelerator program. Aside from the award money, which is a treat worth noting at 25,000 euros, they are also benefiting from working on a concrete application of their technology for the Deutsche Bahn.

If demo day proves that the Deutsche Bahn is able to significantly reduce signal and switch malfunctions and the resulting train delays thanks to Dynamic Components, the founders will have their first client. They will then be able to equip switches, signals and additional devices on the tracks with their SensorLink boxes. Because the devices will then be able to analyze their status and environmental data on their own, the devices will also know when they will break – and will know that before they break. 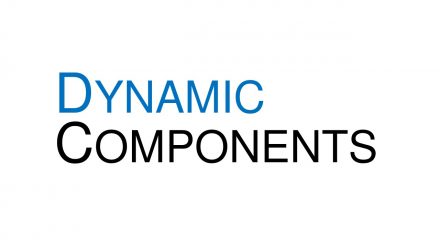 After numerous engaging discussions with potential clients, additional application scenarios have been found for Dynamic Components: ranging from retrofitting on fitness equipment or even energy monitoring — now all they have to do is focus!   “We are currently in the evaluation stage: Where do we fit in, where is there a market and what is possible?” added André.

The vision for 2020 has already been forecasted: bring plug & play to automation technology, develop a prosperous business and perhaps even go international.