The 2018 Noah Conference in Berlin provided an impressive highlight — which is why today’s report begins with impressions from day 1. Not because the party lasted well into the night, but because Al Gore took the stage to culminate the event.

Unfortunately, Noah founder Marco Rodzynek did not let us in on how he managed to convince Al Gore to visit Berlin. He didn’t really have any time to explain, because the former US Vice President and almost-president, who is fondly called by the nickname Mr. Climate, got started immediately: with figures, facts and examples of climate change, indications of heavy rain and thunderstorms in Germany, floods, hurricanes … and he then concluded the list of catastrophes caused by climate change by saying:

New technologies, entrepreneurial spirit, giving things real value even if they don’t have an actual price — it can all make a major difference and make the world a better place, according to Al Gore. There were lots of buzzwords, it was very American, but it was also a fascinating speech. To conclude, the 70-year-old took a lot of time for questions from the audience and explained how he manages to not lose hope.

How a startup can benefit from Noah

But now back to startups and the Noah Conference. What makes the Noah Conference special for them? And what are they able to take home with them from Berlin? We spoke with Markus Feigelbinder, CEO of the travel-tech startup Fineway:

What makes Noah so promising for you?

First, we are able to pitch, which allows us to communicate what we have to offer. Second, and this is the most important factor for us, we are able to quickly connect with other tech companies — across all industries.

What do you want to take with you in concrete terms?


Contacts and shared information, because so many other industries are further along than the travel industry in terms of developing technologies that are of real benefit to customers.

What makes Noah different from other conferences?

The concentration of CEOs and company founders combined with established enterprises and VCs. And the good weather.

Fineway completed a major round of financing late last year. The founder disclosed that initial contact with the VCs who invested in Series A was not established at Noah17, but that was where the deal was solidified.

The range of technology across all industries is what makes Noah so attractive. Even if you know the names of those speaking on stage and know what the startups or corporates do — it is always exciting to get a glimpse of the subjects that the predominantly European companies are currently working on. It also provides good material for talks on the patio afterwards. For many participants, the goal is not just to gain concrete business leads, but to also maintain contacts.

The high number of women at the conference is surprising. Of course there is always room for improvement, but at least 35% of the startups in the pitching area were from female founders. And 10% of the speeches on the main stage at the Noah Conference were held by women. One example was a panel discussion about digitization in the healthcare sector conducted by three female experts. So why are we even talking about it? Because it’s important to put more of a spotlight on female role models as well. This was also complemented by a Female Founders Lunch at Noah meant to intensify networking while also strengthening cross-industry and international collaboration. 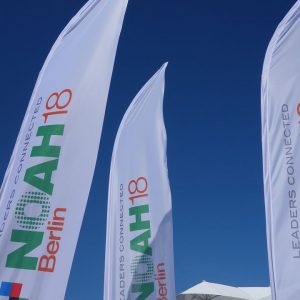 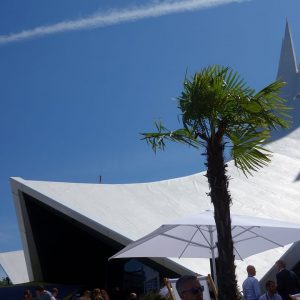 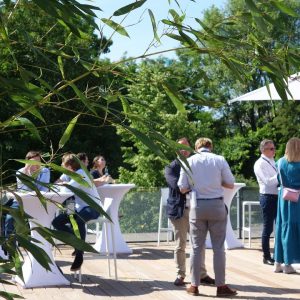 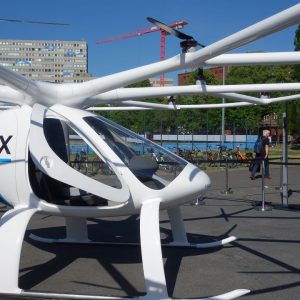 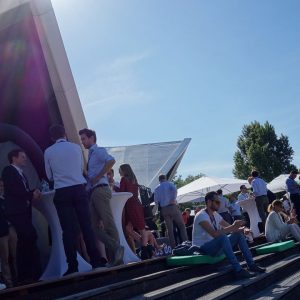 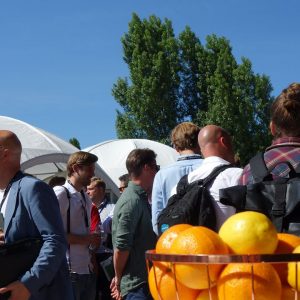 In case we’ve piqued your interest to take part in next year’s Noah: A great deal of planning is not necessary ahead of time, although it is certainly a good idea to make an appointment with a VC here or there beforehand. Startups and VCs meet up anyway on the conference grounds due to their manageable size. All of the attendees are also extremely open, and you can easily strike up conversation over a curry sausage, some ice cream or a chilled beer. One thing is most important: Don’t forget your sunglasses!

If you want to know why the Noah Conference is a school reunion and what happened on day 1 at Noah18, click here.