Some of the news about financing, transactions and exits in the startup scene can make your head spin – especially on an international level. Investments in startups and even early acquisitions by big players can be to the tune of the high millions or even billions. But how can startups in Germany even gain access to the VC pool of funds? Which investors can be reached, and what do they expect from founders? As someone who brings investors and startups together as the CEO of BayStartUP, Dr. Carsten Rudolph shares his thoughts with us. 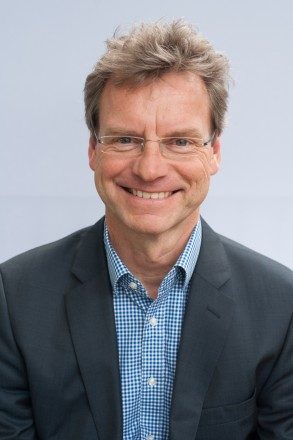 When is it worthwhile for a startup that needs capital to get in touch with venture capital providers?

Startups should meet a few prerequisites before making a pitch. Most importantly, they should be ready for financing with venture capital. That means they need to have already established a certain track record and have completed the critical first steps.

An excellent prerequisite is of course having a few hundred thousand euros in revenue. An IT startup should have already sold its software to a few customers. In the internet segment, they need to already have a significant number of customers. However, if a founder is building a high-tech machine, they will often need more time and material until they have a prototype that is ready for the market. In some cases, before they even have their first customer, they might have to factor in high costs for approval procedures, such as for the CE marking. The same is true in the healthcare sector. Nevertheless, even founders with a go-to-market process that takes longer still need to prove to an investor that their customers will accept that process.

How can a founder win over a venture capital fund?

Founders need to be able to explain their revenue mechanism. They also need to clearly illustrate that their business model is scalable, in other words that the revenue will increase much faster than the costs. Although it might sound simple, this is where the wheat is truly separated from the chaff. Furthermore, a startup needs to know its own strengths and weaknesses. They also need to have a profound understanding of the market and their competition. Perspective is important, too: A VC investor is also always thinking about an exit and requires longer-term growth potential as a result.

Who are the typical VC investors in Germany at the moment?

When compared internationally, there are very few funds in Germany. That makes it difficult to define “typical.” There are only a few funds that can invest five to ten million euros in a startup. On the other hand, we have a number of smaller funds that have emerged in recent years. They often include experienced founders, and also try out new concepts. One example is the “Venture Stars” in Munich, with “Netzathleten” founder Stefan Pfannmöller. They are a combination of an incubator fund and a company builder. We need more of this kind of concept, but they are growing in number. In terms of sectors, of course it is easier – in the beginning – to finance models that require less capital, such as in IT. But models with good scalability in the hardware sector can also be financed. What counts is measurable evidence of quick success. We have noticed increased interest here from international investors. However, this is more the case with bigger-ticket items, such as initial investments by Highland Capital and now HPE Growth Capital in eGym with a total of over 60 million dollars. Yet some investors – Partech, for example – were already active early on. Some of them even have their own employees in Germany.

What would make a good addition…

We have to consistently develop the entire ecosystem in Germany. Silicon Valley is about 30 years ahead of us in this respect. A certain amount of startup assistance has been established on a regional level, though not in every federal state. The infrastructure of accelerators, competence centers, funding pools and networked players is good and is growing. However, to really get things moving in venture capital financing, it is up to those who have the ability to make major changes, i.e. decision-makers on a federal level. Recently, we startup supporters were busy just trying to prevent further decline. One example is the Anti-Angel law that was just barely overturned. A current example is the planned intensification of the competition law, which would make it more difficult to sell startups to investors. While the prospects are good for startups as a whole, there is still a lot of room for improvement.

Dr. Carsten Rudolph is the CEO of BayStartUP. The Bavarian central point of contact for founders and startups holds the Munich Business Plan competition, offers startup coaching and organizes one of the largest investor networks in Europe, among other things. Dr. Carsten Rudolph offers a wealth of experience from working in the industry, from his consulting work and his own internationally positioned startup. Find information about support offers at www.baystartup.de